To many humans and animals, I seem to have an attitude problem.  I’m a bit dry.  Sometimes I think I’m smarter than other people.  And I’ve even been known to mouth off just because I can.
I’ve been attempting to work at this because I’ve been attempting to find the right attitude to apply to my prayer life.  The way I interact with God should be the way I prepare my heart for other people, and the way I interact with people exposes something of my heart for God.  In the past I’ve found that I get to places where I can’t think of what to pray.  I’ve also tried to suggest to God that my plans are better than his.  And I’ve thrown temper tantrums at him.
But somehow I’ve been finding myself needing to become more and more humble in prayer, and more willing to see what God’s plans are and to accept them as better than mine.  I’ve also found myself more expectant and reliant on him, not that I think I’ll always get what I want, but I’m trying to see where he’s moving and doing great things.
In Luke 18 Jesus told a parable of a pharisee and a tax collector, and illustrated the differences of their hearts through their behavior at the temple.  The pharisee felt entitled, self-righteous, and was pretty much being a jackass.  The tax collector couldn’t even look towards heaven because he was so ashamed of himself and cried out for mercy from God.

I’ve been guilty of praying for things like I deserve them.  I will be again.  I’m human.  But that’s not the way we should be approaching the throne of grace.  It’s not the way Christ did it, and as a people who are attempting to reflect him to the world we should be mindful of how he broke himself before God.  Hebrews 5:7 says that

During the days of Jesus’ life on earth, he offered up prayers and petitions with loud cries and tears to the one who could save him from death, and he was heard because of his reverent submission.

And being found in appearance as a man,
he humbled himself
and became obedient to death—
even death on a cross!
Therefore God exalted him to the highest place
and gave him the name that is above every name

I will never be Christ, never ever in my life now or the next one.  I will never be perfect.  But I am cleansed in his blood and have been given a new life, a new name, a new legacy.  When God looks at me he sees one of his children.  And according to my research what he wants from my prayer life is humility , a broken spirit, and a heart willing to do his will even/especially when that has nothing to do with mine. 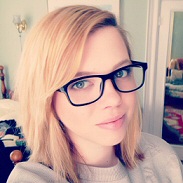